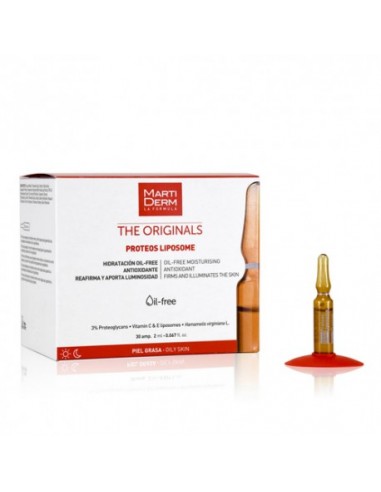 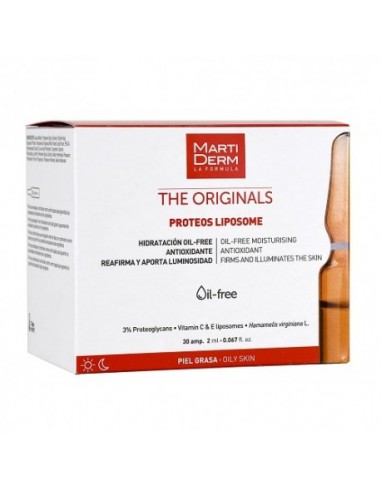 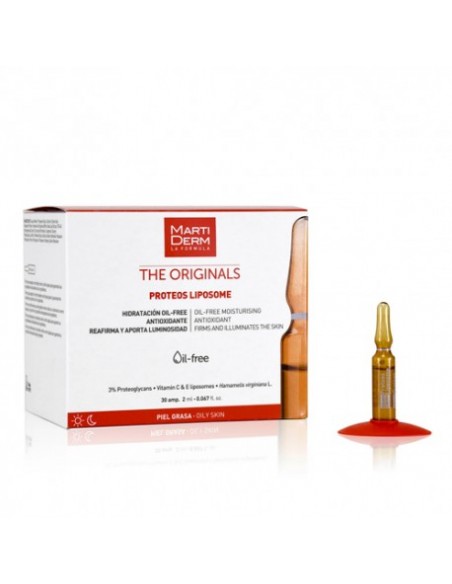 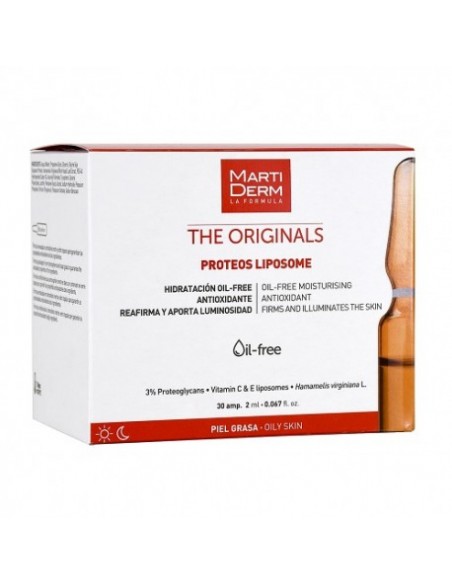 Treatment to prevent wrinkles on the face and neck, as well as sagging and other signs of premature photoaging.

Treatment to prevent wrinkles on the face and neck, as well as sagging and other signs of premature photoaging.

Martiderm Proteos Liposome is a Martiderm treatment is a moisturizing, firming, repairing, antioxidant treatment that anticipates the appearance of the signs of skin photoaging caused by environmental oxidative stress and sun exposure, such as the appearance of wrinkles. Martiderm Ampoules have a double effect: it acts both immediately to give the appearance of strength and luminosity, and in the long term, when it firms and hydrates the skin, gradually eliminating wrinkles.

Martiderm Proteos Liposome for adults with middle-aged and mature skin, who want to combat and anticipate the signs of photoaging.

Apply Martiderm Ampoules in the morning with clean and degreased skin. Apply a small amount to face and décolleté and massage with fingertips until fully absorbed.

MARTIDERM
177887
€2.20
An ampoule for cutaneous application that reduces and eliminates symptoms of stress and fatigue

MARTIDERM
159596
€28.95
Treatment and prevention of face and neck wrinkles, sagging and other manifestations of premature skin photoaging caused by sun exposure and environmental oxidative stress.
View

MARTIDERM
171533
€11.50
Ampoules that help erase the signs of fatigue and tiredness and stress from the skin while, in a single gesture, leave a luminous and supple skin, without imperfections. In addition, the makeup will remain on the skin in a more durable way.
View

MARTIDERM
178437
€34.95
Ampoules formulated based on Proteum 89+, a patented 3.0 proteoglycan molecule, which fills in the spaces between our skin cells to improve firmness.
View
No reviews
Tap to zoom

Save products on your wishlist to buy them later or share with your friends.

No account? Create one here
Product added to wishlist